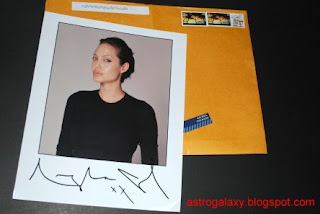 ANGELINA JOLIE (Actress)
I recevied this autographed photo of Angelina Jolie in the mail today.
Very happy to have it...then everything went back to a couple of years ago...
I was reading the news about a celebrity showing kindness and care to the less unfortunates.
She not only donated millions to different charities organisations, she actually went to different places to visit refugees, helping them.
Great admirations for her and I became a fan of hers.
I enjoy watching both Tomb Raider 1 and 2 movie as Angelina Jolie plays Lara Croft.
Got crazy playing the PSP Tomb Raider game too!
I've completed the 1st Tomb Raider PSP game but I'm still stucked in some of the ancient ruins of the PSP Tomb Raider Anniversary game...
Lastly, best wishes for Angelina Jolie and her family.
May endless good returns to her too! 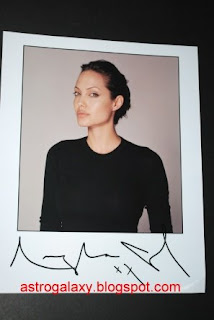 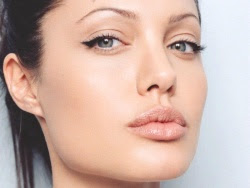 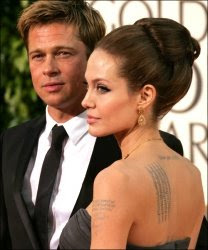 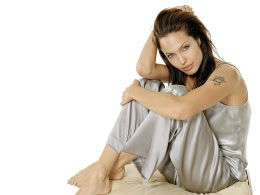 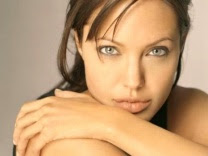 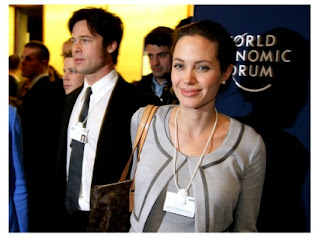 2006 - Angelina Jolie was an invited speaker at the World Economic Forum in Davos in 2005 and 2006.
2006 - Founding of Jolie/Pitt Foundations. Made initial donations of $1 million each for Children and Doctors without borders. 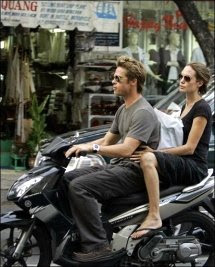 2007 - Flew to Chad for 2 days again witness the worsened situation for refugees in Darfur.
2007 - Jolie and Brad Pitt donated $1 million to 3 relief organizations in Chad & Darfur.
2007 - Jolie flew to Syria and Irag to visit Iraqi refugees.
2008 - Gave birth to Twins.
(Sidenote : Not all Angelina Jolie's charity works are listed above. She has done much much more!) 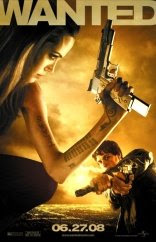 Her lastest movie - WANTED!
Posted by Astro Galaxy at 3:08 PM

she is so pretty..love to see her

Hello Hazel,
Good to hear from you again!
Thank you for your nice comments.
Cheers!